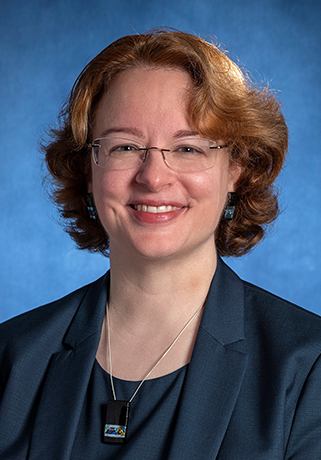 Dr. Jody E. Hooper is an Associate Professor of Pathology and Oncology at the Johns Hopkins University School of Medicine. She serves as the Director of Autopsy, Director of the Legacy Gift Rapid Autopsy Program, and the Deputy Director for Quality, Safety, and Service for Pathology, all at The Johns Hopkins Hospital.

Dr. Hooper received her M.D. from George Washington University. She completed her residency at Cedars-Sinai Medical Center and performed a Surgical Pathology fellowship in pathology at Oregon Health & Science University Hospital. Before her pathology training, she completed five years of service in the United States Navy, including experience as a physician and medical department head on board the USS Comstock.

She has performed nearly 1100 autopsies including over 120 rapid research autopsies (autopsy performed urgently to collect tissue for research, including the collection of living cells used to derive cell lines and xenografts). Her research focuses on the use of postmortem tissue in research, including utilizing rapid autopsy tissue in characterizing cancer evolution from genetic and immunologic standpoints. She is an active advocate for autopsy including serving as the past Chair of the National Autopsy Committee of the College of American Pathologists, participating on the Association of Pathology Chairs Autopsy Working Group, and has made many presentations at the local and national level on autopsy and its value. She has published many papers on autopsy and quality and co-edited a book, Autopsy in the 21st Century.

In November of 2021, Dr. Hooper will be departing Johns Hopkins to take up a position as the Director of Autopsy at Stanford University and will be starting a new research autopsy program
there.