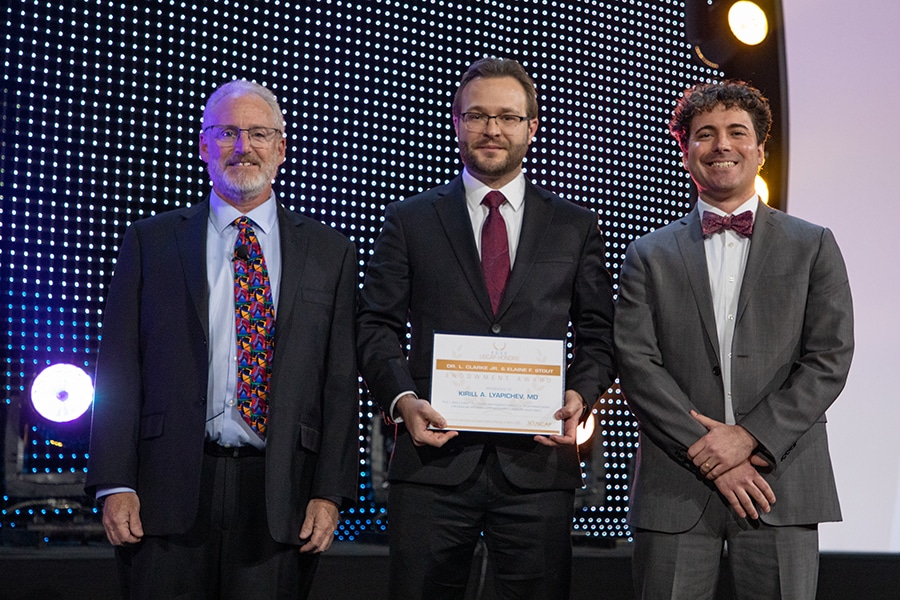 Dr. Lyapichev is currently an Advance Hematopathology Fellow at the University of Texas MD Anderson Cancer Center and fully expects to complete his training by July 2021.
His interest in pathology began during his first years of medical school. This interest pushed him from surgical internship to pursue a research career as a Postdoctoral fellow at Dr. Podack’s laboratory in the department of Microbiology and Immunology at the University of Miami. During these years, he studied the function of newly discovered Perforin member (Perforin 2). After his postdoctoral fellowship was completed, he continued his work under Dr. Lee at Miami Project to Cure Paralysis, where he studied the macrophage transcriptional profile after spinal cord injury. These years in basic research solidified his wish to come back into clinical medicine as a pathologist.
During his research years, he passed all American medical boards and was accepted to the pathology residency program at the University of Miami. After he finished his AP/CP residency and passed the pathology boards he was accepted into Hematopathology, Advance Hematopathology and Molecular Genetic Pathology fellowships at MD Anderson Cancer Center.

During the time he spent at MD Anderson Cancer Center he was exposed to Dr. Miranda’s work on breast implants associated ALCL and was honored to be involved in the several of his projects. Recently he published a paper in Modern Pathology: “A Proposal for Pathologic Processing of Breast Implant Capsules in Patients with Suspected Breast Implant Anaplastic Large Cell Lymphoma.” He has other research projects involving this rare lymphoma.

Additionally, he is interested and involved in other research projects including neoplastic as well as non-neoplastic entities: MALT lymphoma, Castleman Disease, Kikuchi Disease, and others.