The Committee consists of five (5) members:

b) Two at-large members not currently serving on the Board of Directors Appointed members serve two-year staggered terms and may not serve a second consecutive term.

The Executive Committee at its Annual Meeting makes appointments to this committee.

Application must be submitted by: Wednesday, November 2, 2022 at 2:00 PM Eastern Daylight Time. 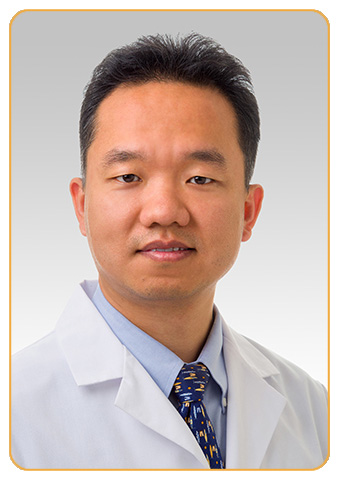 Dr. Peng Ji is a physician scientist with expertise in experimental hematology and clinical hematopathology. He received a M.D. degree in 2000 from Peking University Health Science Center in China, and a Ph.D. degree in developmental and molecular biology in 2006 from the Albert Einstein College of Medicine, which was followed by four-year postdoctoral research on hematopoiesis at Massachusetts Institute of Technology with Dr. Harvey Lodish. He joined the Physician Scientist Training Program (PSTP) and was simultaneously appointed an Assistant Professor (tenure-track) in the Department of Pathology at Northwestern University in 2011. After completing his residency, he received Hematopathology fellowship training at Northwestern in 2015. Dr. Ji was certified by the American Board of Pathology in Clinical Pathology and Hematopathology.

As a physician scientist, Dr. Ji has a strong background in diagnostic hematopathology and scientific research in the areas of hematopoiesis and hematologic disorders. He has made significant contributions that have advanced the understanding of erythropoiesis and pathogenesis of myeloid neoplasms. The major research areas in his group include: 1) Mechanistic studies of chromatin condensation during erythropoiesis; 2) Studies of mDia formins in homing and migration of hematopoietic stem cells, and the role of mDia1 in the pathogenesis of myelodysplastic syndromes; 3) The role of Pleckstrin-2 as a proto-oncoprotein in myeloproliferative neoplasms and solid tumors.

Dr. Ji has published over 50 peer-reviewed original research and review articles. Many of these articles were published as first or corresponding author in high impact journals including Nature Cell Biology, Molecular Cell, Developmental Cell, Journal of Clinical Investigation, Blood, and Nature Communications. His research has received national and international recognitions. He is frequently invited to speak at national/international conferences and served as session chair or as a panel member. He also serves as a standing and ad hoc member for NIH study sections and many other funding organizations. Over the past decade, he received many awards and recognitions including the recent induction to the American Society for Clinical Investigation (ASCI), one of the most respected medical honor societies in the United States. He also received the prestigious Pamela Katten Memorial Leukemia Research Award in 2019 in honor of his contributions to leukemia research. Dr. Ji was elected to the Editorial Board of Blood, the journal with the highest impact in the field of hematology in 2019.

Dr. Ji’s group has been continuously supported by federal and foundation grants since 2011. These include 11 NIH grants (5 as PI; 6 as co-investigator), 2 DoD grants, and 14 grants from prominent foundations such as the Leukemia and Lymphoma Society (LLS), American Society of Hematology, and Harrington Discovery Institute. He is currently the PI of 3 R01 grants and 2 grants from LLS.

Dr. Ji is also actively involved in the leadership role in education of next generation physician scientists. He has been the director of PSTP program in the Department of Pathology since 2017. He successfully recruited and mentored many talented future physician scientists. He is one of the founding board members of the Starzl Academy, a new initiative that serves as an umbrella over many highly accomplished PSTP programs across Northwestern Medicine clinical departments.