The award consists of a commemorative plaque and $5,000. 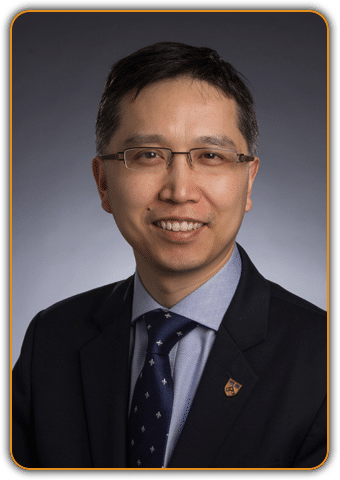 Dr. Zhang became interested in pathology when he was a medical student of the 7-year medical scientist training program at Tongji Medical University, Wuhan, China. His graduate work concerned apoptosis and cancer cell biology. To realize his American dream, he pursued a postdoctoral fellowship with Dr. Robert Thompson at University of Michigan Medical School, Ann Arbor, MI. They investigated the molecular basis of stress-reproductive-axis using home-brewed microarrays in 2000, which was considered as the frontier of molecular biology before the invention of the word “genomics.” He then worked under Drs. Charles Burant and Diane Simeone to understand pancreatic stem cells and tumor initiating cells. Their work led to the early characterization of pancreatic cancer stem cells. Also at Michigan, he shadowed Dr. Kathleen Cho and refreshed himself for pathology training in the U.S.

In 2006, Dr. Zhang moved to New York City to receive his pathology residency training at the Mount Sinai Hospital, which has a rich history of pathologic discoveries. During his residency, he was fortunately sponsored by a grant from American Society of Clinical Pathology to learn from Drs. Ralph Hruban and Elizabeth Montgomery at the Johns Hopkins Hospital. This elective further solidified his desire of becoming a physician scientist. After completing his gastrointestinal and liver pathology fellowship with Dr. Emma Furth at the Hospital of the University of Pennsylvania, Dr. Zhang started his practice at Princeton Medical Center and his laboratory at Rutgers University. He became the Vice Chair of Pathology at Princeton Medical Center in 2019.

Since establishment of his laboratory, his research has been centered around epidemiology of pathologic factors, statistical methodology and translational research. Their population-based studies established the prognostic value of tumor deposits and perineural invasion in colorectal cancer, the survivals linked to how to classify tumor deposits, and the association of KRAS mutations, but not microsatellite instability status, with colorectal cancer outcomes. They successfully delineated multi-category causes of death in cancer patients using clinico-genomic data and AI tools. They also compared the performance and efficiency of various machine-learning algorithms. Dr. Zhang is a strong advocate of genomic medicine. He strives to do the coolest science in pathology and genomic medicine, using the state-of-the-art AI tools and emerging AI technologies. This goal seems equally challenging and rewarding as to become an excellent pathologist. Dr. Zhang has published more than 90 peer-reviewed publications, including half of them as corresponding-author. He has mentored more than 10 undergraduate, graduate and postdoc trainees. They have greatly taught and helped him in his academic pursuit. He is deeply grateful to his mentors, trainees, and colleagues. To promote the use and quality of AI/machine learning tools in pathobiology, he serves as the (guest) editor for computational biology for several journals including Lab Invest, and J Clin Trans Hepatol. Given his expertise in AI/machine learning, he has been invited to review grants by the NIH study sections. His contribution to pathology is recognized by the elected fellowship of the Royal College of Pathologists (U.K.) by published works.