The President’s Award was established so that each year the President and the Executive Committee would have the opportunity to recognize an individual for outstanding service to the Academy and the field of pathology. The award is conferred at the sole discretion of the President without requirement for it to be given annually. It is presented at  the awards ceremony during the Annual Meeting. The awardee is introduced by the President and receives a commemorative trophy. 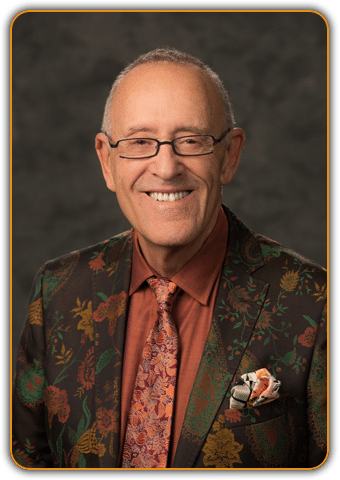 Dr. Julia Bridge is honoring Dr. David Kaminsky. Dr. Kaminsky obtained his MD at New York Medical College and completed his chief residency in anatomic pathology at the New England Deaconess Hospital (currently Beth Israel Deaconess Medical Center). For 28 years Dr. Kaminsky served as Chairman of the Department of Pathology at the Eisenhower Medical Center in Rancho Mirage, California. During this tenure, as a member of the Board of Directors of the Annenberg Center for Health Sciences he conceived and launched the teleconference series for the American Society of Cytopathology (ASC), and subsequently, Africa Calls, a distance learning endeavor that brings continuing medical education to 22 sites in Africa. As a pioneer in fine needle aspiration biopsy, Dr. Kaminsky published Aspiration Biopsy for the Community Hospital, is on the Editorial Advisory Board of Cancer Cytopathology, is the Editor of the multiple-award winning Cytosource, and has provided lectures and workshops throughout the world to promote acceptance of aspiration biopsy as a cost-conservative, minimally invasive diagnostic technique. Dr. Kaminsky has served in numerous leadership roles (e.g., President of the American Society of Cytopathology, President of the California Society of Pathologists, among others) and has received multiple honors including the Maurice Goldblatt Award of the International Academy of Cytology, the President’s Award and Papanicolaou Award of the American Society of Cytopathology (the latter representing the highest award given by ASC in recognition of meritorious contributions in the field of cytopathology) and the Yolanda Oertel Interventional Cytopathologist Award from the Papanicolaou Society of Cytopathology.

On July 1, 2014, Dr. Kaminsky assumed responsibilities of the Executive Vice President of the USCAP. Since, his contributions to the Academy have been significant and transformative. Channeling his career long commitment to advancing education in pathology with a global reach, Dr. Kaminsky was the brainchild for what has become the USCAP Interactive Learning Center. Further invaluable input and sponsorship from Dr. Celeste Powers, Dr. Miguel Sanchez, Dr. James Linder and Karen Linder were instrumental in bringing this exceptional resource to fruition. The unique interactive microscopy laboratory, conference center, and broadcast studio individually, and in digital unity with worldwide transmission capabilities, provide alternative methods of learning and create sophisticated educational products that can be distributed globally to include to those who may otherwise have limited access to medical education. The Interactive Center inaugural course was given in the fall of 2015 followed by a rapid expansion of the USCAP eLearning library. Today, Dr. Kaminsky’s early visionary genius is all the more treasured as pathologists seek broader digital or virtual educational opportunities in this unprecedented pandemic year.

February 28th through March 5th marked the dates of the 2020 Annual USCAP meeting that was held at the Los Angeles Convention Center. Less than four weeks following this superb educational conference, the Los Angeles Convention Center was transformed into a federal field hospital in response to the coronavirus pandemic, underscoring a vital need to address potential alternative approaches for the 2021 Annual USCAP meeting. Dr. Kaminsky was quick to recognize that immediate discussions to include negotiating contractual obligations around the 2021 annual meeting were imperative so as to spare the society from potential significant monetary penalties. In addition to ensuring the financial health of the organization, Dr. Kaminsky superlatively navigated countless other operational details for which the COVID pandemic has altered the reality of traditional approaches. Importantly, Dr. Kaminsky’s forward thinking and immeasurable passion for pushing the boundaries of high quality education delivery to include the embrace of sophisticated technology have been essential in preparing the USCAP for delivering its first virtual annual meeting in 2021. Working with his superb staff, particularly the Chief of Business Development, Dr. Kaminsky is positioning the new international headquarters for USCAP for the next twenty-five years, incorporating enhanced teaching facilities and broadcast/recording studio. In light of his outstanding service to the Academy and the field of pathology, it is a tremendous honor to recognize Dr. David Kaminsky with the President’s Award.