The awardee is selected by the Board of Directors. 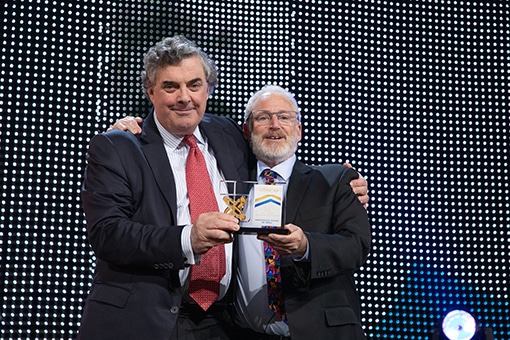 Dr. Fletcher graduated MBBS from St. Thomas’s Hospital Medical School in London and obtained postgraduate qualifications from the Royal College of Pathologists (MRCPath – 1988) and the University of London (MD –1991) in the United Kingdom. He has published extensively on the pathology of soft tissue tumors and is probably best known for his work challenging the diagnostic entities of malignant fibrous histiocytoma and hemangiopericytoma. He has also described for the first time a variety of lesions, including, among others, deep benign fibrous histiocytoma, angiomyofibroblastoma, retiform hemangioendothelioma, spindle cell liposarcoma, myoepithelial lesions of soft tissue, cellular angiofibroma and soft tissue angiofibroma. He has worked extensively on cytogenetic/morphologic correlations in soft tissue tumors. He was Chairman of the WHO Working Group on the classification of soft tissue and bone tumours, having been senior editor of both the 2002 and 2013 classifications. He has over 650 publications, including more than 400 original papers on soft tissue neoplasms, and several books, among which is the two-volume Diagnostic Histopathology of Tumors, the 5th edition of which will be published in 2020. He has been the recipient of numerous honors and awards (including most recently the 2017 USCAP Board’s Distinguished Pathologist Award, the 2018 President’s Medal of the British Division of the IAP and the 2019 USCAP President’s Award), is on the editorial board of 17 international journals and was President of the Association of Directors of Anatomic and Surgical Pathology from 2003-2006.

He is a Past-President of USCAP and is former President of the International Society of Bone & Soft Tissue Pathology and the Arthur Purdy Stout Society. Dr. Fletcher is currently Professor of Pathology at Harvard Medical School, Vice Chair for Anatomic Pathology at Brigham and Women’s Hospital, Boston, Massachusetts and Chief of Onco-Pathology at the Dana-Farber Cancer Institute in Boston.