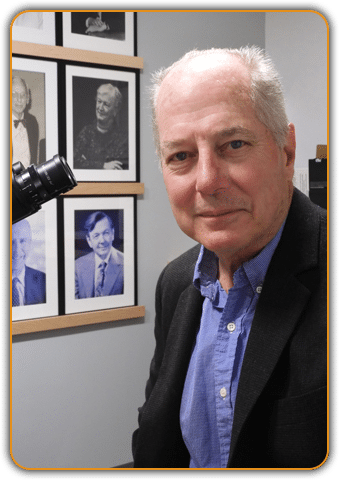 Christopher Paul Crum was born in Newport News, Virginia and completed his medical school education and pathology residency at the University of Virginia. At Columbia Presbyterian Hospital in New York, he trained in colposcopy and cervical pathology with Ralph Richart. In 1984 he published the first detailed description of HPV 16-associated precursors in the cervix with Lutz Gissmann from Harald zur Hausen’s laboratory. Crum then joined Saul Silverstein’s laboratory at Columbia and received a Physician Scientist Award from the NIAID in 1985. He returned to the University of Virginia in 1987 and was recruited in 1990 by Ramzi Cotran to direct Women’s and Perinatal Pathology at Brigham and Women’s Hospital in Boston. Dr. Crum held that position for 28 years until 2018. During his tenure as Director, he and his colleagues contributed both seminal research and textbooks in obstetrical and gynecologic disease.

With Frank McKeon, who cloned TP63, Crum and colleagues mapped p63 expression in the female genital tract in 1999. In 2011, Crum, McKeon, Wa Xian, and Michael Herfs discovered a cell type in the cervical squamocolumnar junction (SCJ) and proposed these cells as the origin of cervical cancer. This discovery was the impetus for an ongoing clinical trial to determine if prophylactic SCJ ablation will lower the risk of cervical cancer. In pursuing the origins of ovarian cancer, Dr Crum created a dissection protocol focusing on the fimbria (SEE-FIM) that has been adopted in academic institutions and pathology practices in the USA and many parts of the world. The fimbria has thus emerged as a primary site of origin for HGSC in the form of both early serous cancers (STICs) and early serous precursors (ESPs). The appreciation of the fallopian tube as an integral player in high grade serous carcinogenesis has brought several concepts into focus, including not only that serous cancer could start in the tube, but also that benign appearing serous cancer precursors in the tube with Tp53 mutations could escape and later become malignant in the peritoneal cavity. Finally, the current practice of opportunistic salpingectomy as a serous cancer preventive has come into widespread use in the hope of reducing the incidence of this disease. Dr. Crum was recently honored with the 2019 Innovation Award from the Society of Gynecologic Oncology for his contributions to research in gynecologic cancer.

Dr. Crum’s research was dovetailed with a strong teaching commitment. He pioneered the “hands on” tutorials in obstetric and gynecologic pathology, conducted with his colleagues at the Brigham and Women’s Hospital for 25 years. His group introduced digital media and audience response software to USCAP short courses. He conducted short courses for over 20 years and was selected to give the Nathan Kaufman Timely Topics (2013) and Maude Abbott (2020) lectures at the USCAP meeting. His career has focused on transforming meaningful discovery into better patient care though education, a process that increasingly requires “self-education” by continually re-evaluating one’s own perspectives.