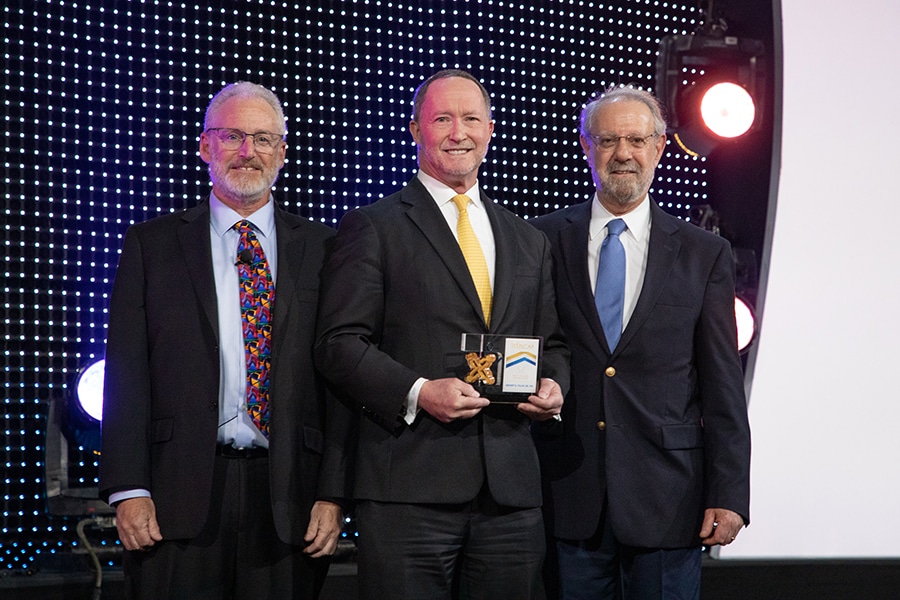 Dr. Fuller was born in Houston, Texas. He received his MD degree from Baylor College of Medicine and his PhD degree in Neuroscience from The University of Texas MD Anderson –UT Health Graduate School of Biomedical Sciences under the supervision of Dr. Richard C. Wiggins. He completed an Anatomic Pathology Residency and a Neuropathology Fellowship under the mentorship of Drs. Peter C. Burger and F. Stephen Vogel at Duke University, and worked in the Brain Tumor Research Laboratory of Dr. Darrell Bigner.

Dr. Fuller joined the faculty of The University of Texas MD Anderson Cancer Center in 1992 and rose through the ranks to become Chief Neuropathologist in 1998 and Professor of Pathology (Tenured) in 2003. He has an active research program centered on the molecular classification of brain tumors. Among his past accomplishments are the first application of transcriptome profiling and tissue microarray phenotyping to the investigation of the pathobiology and molecular subclassification of diffuse gliomas with Wei Zhang in 1998, early investigation of the regulatory role of REST / NRSF, a transcriptional repressor of neuronal differentiation genes, in medulloblastoma oncogenesis, with Sadhan Majumder, and the first glioma modeling studies on controlled in vivo oncogene expression using the combined transgenic/somatic gene transfer RCAS/tva system with Eric Holland.

Dr. Fuller is an Editorial Board member of 10 scientific journals and was President of the United States and Canadian Academy of Pathology (USCAP) in 2011-12. He has published 341 peer-reviewed scientific research papers, with an h-index of 63 (Scopus database), 62 book chapters, including the Central Nervous System chapter in the forthcoming 5th edition of Histology for Pathologists (2019), and two textbooks: Practical Review of Neuropathology with Clay Goodman (Baylor College of Medicine) and Genomic and Molecular Neuro-Oncology with Wei Zhang (Wake Forest School of Medicine).

Dr. Fuller was a member of the World Health Organization (WHO) Working Groups that created the WHO 2007 4th edition and the WHO 2016 revised 4th edition of the Classification of Tumours of the Central Nervous System.