The F. Stephen Vogel Award was established by contributions to a fund created by his family and friends. It is to be awarded in recognition of an outstanding paper by a resident or fellow published in one of the Academy journals, Modern Pathology or Laboratory Investigation, during the twelve months preceding the application deadline.

(1) be a USCAP member, in good standing, at least one year prior to receiving the award;

(2) possess an MD, or international equivalent, degree; and

(3) be a pathologist-in-training (resident or fellow) in a program accredited for training at the time the scientific investigation on which the article is based was initiated and substantially completed. Applicants should be the first author or submit documentation of a significant contribution to the paper.

On papers with multiple authors, only one author is eligible, and only one paper per author may be submitted. The prize will consist of a check for $1,000 and a certificate. Applicants should complete the application form online and electronically submit the form along with a PDF reprint (or preprint) of their manuscript and a PDF of the signed VERIFICATION OF ELIGIBILITY FORM, AVAILABLE HERE. The Vogel Award Committee will select the awardee. 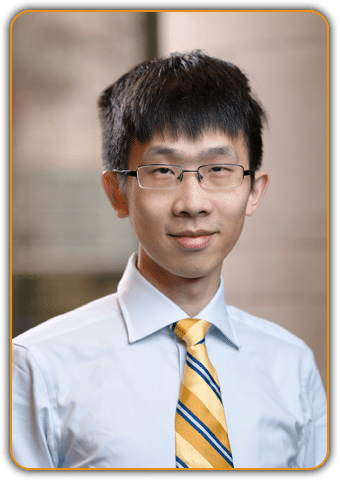 After his graduation from medical school, Dr. Yang relocated to the Washington University in St. Louis for residency training in anatomic and clinical pathology. He was a trainee in the department for four years and served one year as chief resident. During residency, he began translational clinical research focused on breast and gynecologic pathology. With mentor Dr. Dengfeng Cao, he examined the utility of a novel diagnostic marker SATB2 in Krukenberg tumors to determine primary site of disease and found a novel ALK translocation in ovarian clear cell carcinomas. With mentor Dr. Horacio Maluf, he worked with co-resident, Lingxin Zhang, and investigated proteomics similarities and differences between breast fibroadenoma and phyllodes tumor. After residency, Dr. Yang pursued a year of genitourinary/renal pathology fellowship at Yale University School of Medicine in New Haven. This experience fostered his interest in kidney pathology. With mentors Drs. Peter Humphrey and Adebowale Adeniran, he led two large studies on renal tumors: the first on adverse histopathologic features in small clear cell renal cell carcinomas and the effect on prognosis; the second on adverse architecture and subtyping in papillary renal cell carcinomas, showing that only tumor stage, tumor grade, and adverse architecture were independently associated with prognosis.

Dr. Yang subsequently completed an additional year of oncologic surgical pathology fellowship at Memorial Sloan Kettering Cancer Center in New York. With mentor Dr. Rekhtman, he revealed UV mutational signatures in lung-only melanomas, identifying them as most likely metastases from regressed cutaneous primaries. With Dr. Ying-Bei Chen, he studied a cohort of aggressive mucinous tubular and spindle cell carcinomas of the kidney and identified unique histopathologic features, relative gain of 1q, and CDKN2A/B to be associated with adverse outcomes. He is now working on a systematic review on the impact of subtyping in papillary renal cell carcinomas.

Dr. Yang is currently practicing genitourinary, thoracic, and gastrointestinal pathology in Canada. He occupies his spare time entertaining his daughter, cooking, and traveling around to world (which he is eager to get back to after the COVID-19 pandemic).